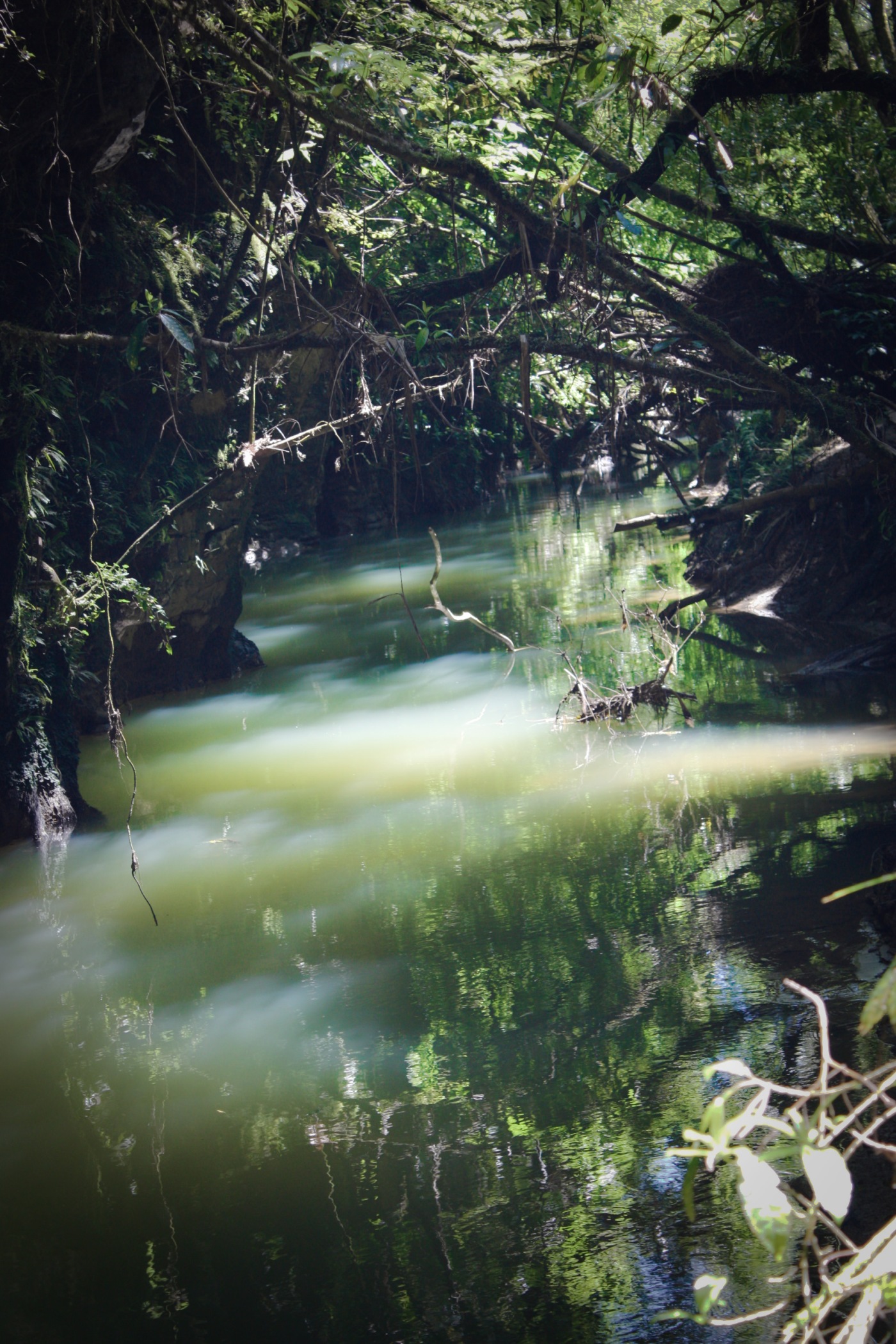 Have you ever been enthralled by magic, fairies, pixie dust? If you have gobbled up Enid Blytons like I did through my childhood, you’d be grinning ear to ear at this moment. My belief usually took flight when I’d spot fireflies. Growing up in Kerala

in India, where power outages are a part of life, we children would rush out the moment the lights went out. The adults would follow us to sit on the chairs in the verandah hoping for some light breeze to ease the muggy humidity. While I’d try to make a game out of counting the flickering fireflies. I never wanted them in jars, but if a few hung around each other, I always felt brushed by magic. The fireflies are the more common variety of light emitting bugs, there’s another kind – one that is found only in New Zealand – the glowworm. And my brush with glowworm magic somewhere midway between Auckland and Rotorua, is what this post is about! 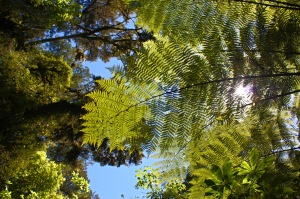 nlight struggles to filter through it, the gurgling waters that run through the caves and rough pathways that lead away from the modern additions of a tourist centre and refreshment area.  The first sense of magic trickles as you begin the trek towards the upper area of the caves, where you are split into groups for the most magical boat ride of your perhaps, your life.

I’m told the glowworm cave is about 250 metres deep – the ride, the guide told us before it began would be about 45 mins in all. I remember the sense of disappointment at not being allowed to linger till my senses felt sated and the heart full. The list of things to remember on the boat ride is long – Do not act like noisy tourists, silence or hushed whispers through the journey, no flash photography, no abrupt movements that could rock the boat. Once in the boat, you realise, there are no oars – a rope that extends from the entry till the exit of the cave, works as a replacement of oars. The guides use these ropes to guide boats along the set path.

The upper halls of the cave has acoustics that makes musical notes sparkle. The limestone deposits wink and glow at you where light filters through. Before the boat heads through a narrow passage, you are again sworn to silence. It takes a while for the eyes to acclimatise to the darkness as the boat heads further into the limestone shaft – the only noise I remember was the slight displacement of the green waters flowing through the cave as the boat pushed forward. And just when you think you are struggling too much to make out anything in the darkness, your eyes are drawn towards the ceiling of the caves – illuminated by a billion-points of twinkling lights. The surreal sight is hard to describe – my first thoughts? This is perhaps how the galaxies and constellations in space must look from afar – a giant mass of light – the glow from the bodies of tiny worm like creatures has dubbed the inner cave the Glowworm Grotto.

I later found out that the Waitomo caves were first discovered in the late nineteenth century by a local Maori chief, who accompanied an English surveyor in the region. While the Maoris knew about these caves, no one had explored it in length. Imagine a Maori chief and an Englishman aboard a raft made of locally sourced flax stems with only candles for light. Imagine their wonderment and delight as they stumble on the magical Grotto and its secretive inhabitants. The generous Maori chief later began ferrying tourists there to show them the marvels of his land. But soon, inthe early twentieth century, the government took over the caves from the Maoris. It took almost 100 years for the Maoris to get back their ancestral lands. The guides and a huge chunk of the people who work at the Waitomo caves are said to be the descendants of the Maori chief who discovered the caves.

As we were led out, a trickle of water caught me bang in the middle of my head, we were nearly out of the caves by then. The trickles of water that had percolated through the upper rocks had worked its way through the limestone deposits to create stalactites and wonderful natural patterns, offering a quiet home to millions of little glowworms that create a small world of surreal joy in a far far away island called New Zealand. I was too in awe and a bit scared of making even the slightest noise of a camera click to attempt pictures. But sometimes, just sometimes, it’s better to see and savour a sight and then keep remembering it in your mind’s eye. In these days of cameras and recording every single moment, the simple joys of seeing and experiencing have changed. I’m glad I savoured Waitomo magic and can still relive it without the aid of photographs – that’s a tiny miracle in itself!